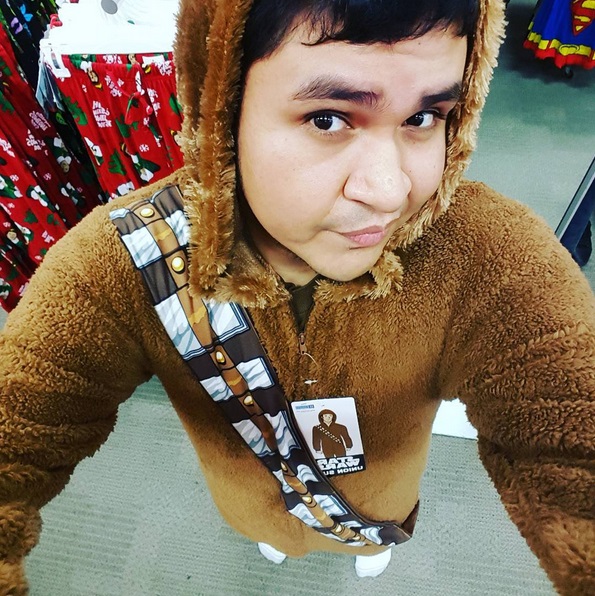 Who Am I?
While I am a little bit into everything, my main hobby roots lay in miniature/tabletop war gaming, which is reflected in my taste of board games. I like to purchase preferably those with lots of figures to paint up or games with a lot of backstabbing/social interaction. In the group, I am somewhat of a wild card since I usually hate being told what to do especially if I am not given a choice. Even when playing competitively, I treat every game as a casual game. I play games to have fun and for the social interaction rather than trying to win at all costs.

When/how did you start gaming?
Even from a young age, I was quite fond of the games that came with many figures such as Risk, Heroquest and Battle Masters to name a few. I believe it was near 1996 when I first got into gaming proper. It started with a well known card game called “Magic the Gathering”; At first, it was just my brother and I playing with 100+ card decks until we sat down at the local store to play against other people. It was a blast to be part of the local community, traveling to places to attend tournaments and meeting new people.

Fast forward two years later and I met the rest of the animals while playing Warhammer 40,000, though through the years, we have played a variety of games ranging from RPGs, card games and board games. It’s been quite and adventure and I hope to continue to bring the unique brand of entertainment that our group has enjoyed to other like minded individuals.

Netrunner LCG
Spartacus: A Game of Blood and Treachery
One Night Revolution
Sheriff of Nottingham 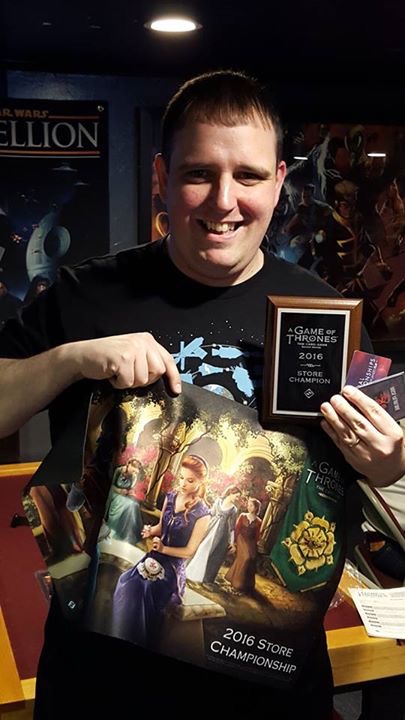 Known Aliases: NirvanaTool, Chubbs, Vacaracoco, or any misspelling of “Vaccaro”.

I’m the resident card game player and deck building aficionado of the group. While I’ll play just about any game (except some badly designed Co-Op games), CCGs, LCGs and deckbuilding games are what I enjoy most, along with hidden identity and back-stabbing games in the next tier. I like to think of myself as a healthy mix of competitive and casual gamer. I always want to win, but I want to do it on my own terms and not with some tier 1 netdeck.

I’ve also had a good track record organizing local events and getting everyone together to play. I’m the guy who will volunteer to drive three other people to a store 2 hours away for a simple game night tournament. If there’s a game I truly love to play, I’ll dedicate myself to every aspect of it and spend every moment I can playing it… without risking divorce (love you, darlin’).

For as long as I can remember, I’ve always enjoyed any kind of game: from playing Duck Hunt with my family of actual hunters, to 5-card draw poker with my dad, to any board game that had a commercial on Nickelodeon. I also had the benefit of living around the corner from the local comic/card shop. I originally went there just to play the arcade games they had (Smash TV!), but eventually got roped in with the local Magic scene around the days of Mirage.

Years went by and I slowly moved away from Magic. In its place were Dungeons and Dragons, Pokemon, Yu-Gi-Oh and eventually the old AEG game, Warlord: Saga of the Storm. Warlord eventually became the only game I played for many years, and it’s where I met many of my friends today. I accomplished just about everything one could in Warlord as a player (Champ across multiple formats, Medusan Lord Slayer, Medusan Lord Runner, Playtest Leader and eventually a Player Design Team Member).

When Warlord went under, I looked for a new “home” for my gaming needs. That’s when I got into a lot of board games; I needed to make up for all those Gen Cons I spent playing ONLY Warlord. One of those games was Ascension: Chronicle of the Godslayer; it was premiering at Gen Con when Warlord was on its last legs, so I jumped on after a demo from a group of friends and have loved it ever since. I’ve made the cut at 4 out of 6 World Championship tournaments they’ve had including a second place finish this year (losing only on the tiebreaker).

At the same time, I also jumped onto A Game of Thrones LCG when the 2nd edition launched. It’s now the game I spend the most time playing as I try to climb the ranks and accomplish as much as I did in Warlord.

A Game of Thrones LCG 2nd Edition
Ascension: Chronicle of the Godslayer
Betrayal at House on the Hill
Room 25
Warlord: Saga of the Storm (RIP) 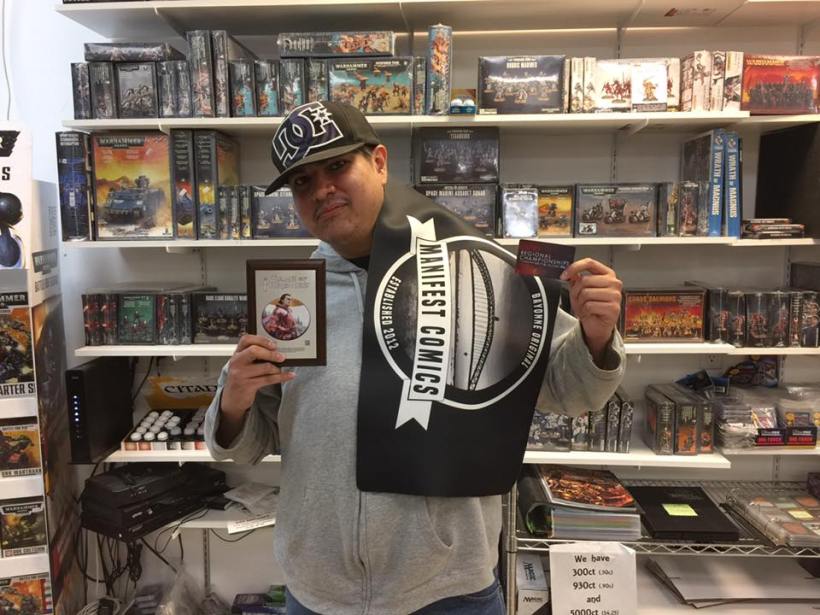 I found out a Lawrence W existed and my mission was to eradicate him. Thus far, he’s proven elusive. 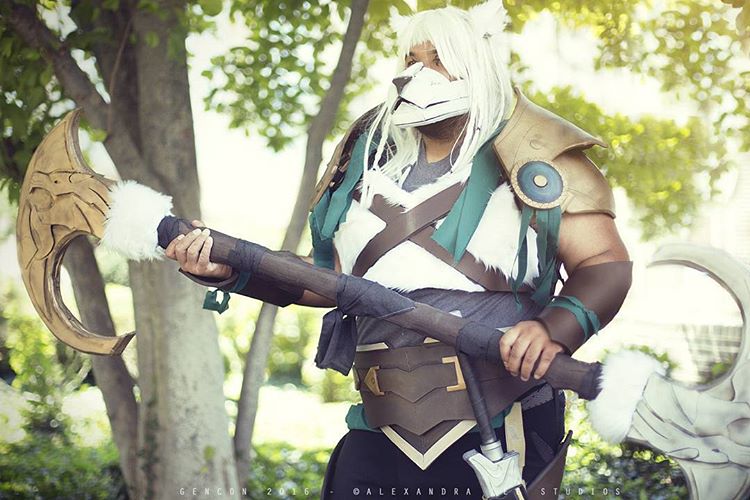 I’m the resident panda/artist of the group. I’m a jack of all trades, yet master of none sort of nerd. My interest are comics, movies, Boardgames, anime, videogames, cosplay,…. I like a lot of things.

Board gaming was always part of my life. One of my earliest memories was a family get-together where I just watched my cousin and her friends play Clue… I had no idea what the fuck was happening, but though it was awesome! Having two other sibling growing up, I always had someone to play the standard Parker Brothers games which evolved to family game nights with poker. As I got older, Pokemon and Yu-Gi-Oh became a craze (still is), so of course I needed to play. That was the gateway to meeting these other fuckers and playing the board games we play today.

Ascension: Chronicles of the Godslayer (and most deck builder type games)
Lords of Waterdeep
Coup
Secret Hitler
Dungeons and Dragons 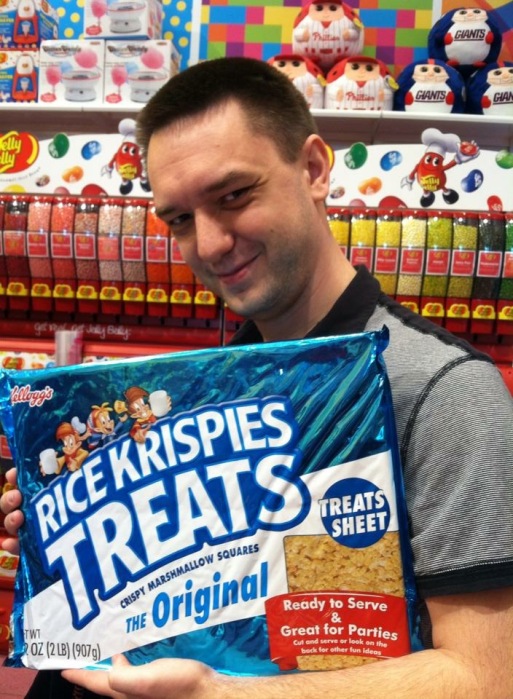 Organizer, builder, and as most would say, den mother. I’m the one that tends to have to keep the group alive and out of actual trouble (editor’s note: someone has to be around to pay for bail!).

As far as gaming goes, most would call me the power gamer of the group, but in my older days I seem to have just stopped caring about winning and started to just enjoy the fact I have the time to play. Being the 1st in the group with a child, my hours of gaming have gotten a lot shorter as of late, so I tend to lean towards faster games or games that can be saved for a later time. Most times, I’m the one the group goes to in order to read the rule book or build… anything, everything, if you have to build it for a game, I tend to be the one doing it. Mini games, board games, card games, video games, RPGs, you name it, at one time I have probably played it or at least had to read the rules for it.

Well, on a cold and blistering December day in 1990, at the age of 7, I somehow convinced my family I needed a game called Hero Quest… and that was the snow ball that started the avalanche. From then on, every new fantasy, sci-fi or strategy game that was in a retail store I wanted to play, from Risk to Battlemasters, Stratigo to Omega Virus, even some terrible games like Atmosphere and Dragonstrike that would make you sit in front of a VCR just to play it. Well that was the start, then Magic was the new crack and got me involved with half of these deviants down at the local comic book shop, then Warhammer 40k in high school basically brought the rest of the group together as you see it today. 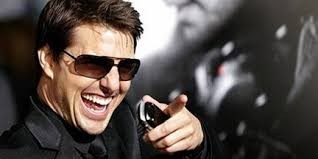 You can get all the deets here.

Legend of the Five Rings